A short list of common Kinky etiquette, rules & guidelines, and an overview of furniture & toys

Get CONSENT from play partners & respect others personal space.

P.S. The Hostess will NOT get the 'action' started...that's up to YOU!

Top – Person “doing the action”. Not to be confused with Dominant (aka Dom/Domme) which is the person who “puts the scene together”. For example, a Top could be tying up the Domme because she wants to be suspended.

Bottom – one who receives physical sensation from a top in a scene; the one-done-to rather than the doer.

Submissive – “Sub” for short. A person that gives up control either all the time or for a specified period.

Switch – Someone who likes being both top and bottom, either in one scene or on different occasions.

Drop – A feeling of deflation or slight depression that comes after a kinky scene, party, convention, or conference. Usually caused by the removal of positive stimuli and the endorphins they produce either from play or being surrounded by others within the kinky community.

Subspace –  A “natural high” that a sub (or bottom) gets during a scene or when being controlled. The sub may feel disconnected from time, space, and/or their body, and may have limited ability to communicate. It is critical that a Dom(me)/Top take responsibility for the sub/bottom and be aware of their well being if they are in subspace.

Bondage – Acts involving the physical restraint of a partner. Bondage typically refers to total restraint, however, it can be limited to a particular body part, such as breast bondage.

Collared – Submissive or slave who is owned, usually (but certainly not exclusively) in a loving intimate relationship with a Dom/Domme. It is common etiquette to not touch or ask a sub/slave to remove their collar without consent from the Dom/Domme first.

Hard Limit – What someone absolutely will not do; non-negotiable.

Soft Limit – Something that someone is hesitant to do or nervous to try. They can sometimes be talked into the activity, or preferably it may be negotiated at a trial or beginner level into a scene.

There are still so many more terms out there in this scene. For a more comprehensive list, check out this [Wikipedia Page]

REMEMBER: The very busy Hostess is NOT the one to get the action started...that's up to YOU!

Enjoy and be Safe :)

'Safeword’...this is a word that puts a halt to all play and lets the Top/Dominant know that the Bottom/Sub have reached their limit. The universal, most commonly used safe words are ‘Red, Yellow, and Green’ (just like a stoplight).

There are many forms of play.  Playful and fun, heavy and serious, as well as those that may seem a bit extreme for you.  One thing to realize is that every scene has been discussed before the play even begins. All players in the scene are aware of the type of actions that are happening or will happen. It is very important that you go over what is permitted, what is forbidden (see hard limits and soft limits), and to agree on safewords.

As couples play they can get so hyper-focused on the scene, they may not want to be disturbed. Never interrupt any scene, no matter what. This is both for your safety as well as the Top and Bottom. If you think it may be getting too unsafe, find a DM. Aside from those in the scene, they are the only ones permitted to determine if and when a scene should be stopped.

*If you feel that you have the right to lean in to whisper things to the bottom or to touch them, you don’t.

*You may only enter a scene if it has been pre-negotiated by the players and yourself.

Keep unnecessary talking to a minimum and at a low volume is also respectful to not breaking the focus of those playing. Otherwise, the best thing to do is to stand back, casually watch, be quiet and enjoy.

*Watch out for the back swing: This is similar in respect to the ‘Respect The Space’ rule.  When playing in a scene, a Top may be using toys of different types. (See below for examples). Some toys will have a back swing. Don’t walk through the area where someone is swinging a whip or flogger, not only will you risk injuring yourself but it also takes the Top out of the concentration he or she has on the scene.

It’s very likely you or your sub has sweat (or cried, maybe even bled) and for safety, it is necessary to wipe down your area. Just like after playtime in the playroom, it is proper etiquette to clean up after you’ve played to prevent disease or germs from spreading. Wipe down any equipment you used (toys or furniture) with Disinfectant wipes. The dungeon has a stations throughout with cleaning supplies.

It is a common misconception that swingers would rather ‘ask for forgiveness over permission’. This drives the kinksters crazy because they are the opposite.

C.Y.A.- ALWAYS ask for consent before touching. Scenes can become intense and could require personal space. Asking permission prevents any miscommunications that could lead to conflict or issues between partners, etc.

REMEMBER: The very busy Hostess is NOT the one to get the action started...that's up to YOU!

Enjoy and be Safe :)

A short list of common etiquette, rules & guidelines, and an overview of furniture & toys helpful for SWINGERS visiting Diosa's Dungeon.

Get CONSENT from play partners & respect others personal space. 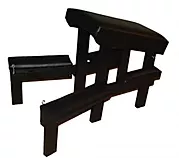 A piece of furniture used to position a bottom on, with or without restraints. They come in many sizes and styles, the most popular of which is similar to a sawhorse with a padded top and rings for restraints if desired.

A large wooden or metal frame built to support the body weight of one to multiple individuals being suspended in the air by rope or other material. A typical rig will have rings or eyeholes meant to be suspension points to tie the rope.

​A spanking paddle is an implement used to strike a person on the buttocks. Flat and rigid on the striking end. A ping-pong paddle is a common example. Varieties of this toy may be made of wood, plastic, and could also have leather covering. Most paddles create a ‘stingy’ sensation when struck, similar to a slap/spank. 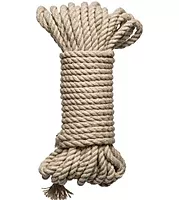 A Whip is pretty self-explanatory. Think Indiana Jones. Only those with extreme expertise should wield this toy as it has the potential to do severe damage to you or your partner. A whip produces a highly “stingy” type of pain, and can/will break the skin.

A crop will have a fairly stiff stock, and is only 2-2.5 feet in length, with a “popper” – a looped flap of leather – at the end. This can produce a ‘stingy’ sensation.

A flogger, on the other hand, is a whip with many strands, specialized mostly for the buttock area or the breast. The strands can be made of different materials that produce different sensations from “stingy” to a “thuddy” feeling of pain. This can also vary depending on the severity by which the flogger is swung.  A light caress or a hard swing will increase or decrease the pain.

​The most common restraints are handcuffs. Who reading this has never owned or thought of owning a pair of fuzzy cuffs? Other items used for restaining can be rope, neckties, or actual restraints meant for just this purpose. Just like blindfolds, taking away a partner’s ability to move or get away can serve to heighten the reality.  Of course, along with the pleasure comes the responsibility. Safewords are extremely important for scenes involving restraining or taking the control away from anyone. 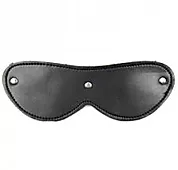 Imagine being blindfolded, not know where or when your partner(s) will kiss your skin, lightly brush your exposed body or cause that jump of pain on an exposed butt.